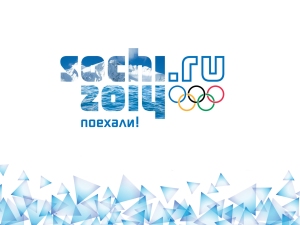 I’m sure you have noticed the  small winter event which started roughly a week ago. Okay maybe not so small..

The run up to the Winter Olympics hosted by Russia have been full of controversies and scandals. A lot of it focusing on the security of the event and Homosexual rights or the lack of them in Russia.

However perhaps the more overlooked aspect of the Olympics has been the huge alleged corruption that has taken place in hosting and preparing for the event.

I recently came across a very interesting short documentary about the Sochi Olympics by Vice.com.

It revealed some staggering figures in relation to the preparations for the Olympics and how the Russian Government funds have been going to the pockets of the people with favourable connections to the ruling political elite instead of the actual Olympic venue and preparations. With shady unfinished venues to grossly over-priced projects, displacing local people for construction without proper compensation, Russia has spent over 50 Billion dollars on these Olympics. Comparatively the London Summer Olympics were priced as only 10% of the Russian budget.

I mean this is absolutely incomprehensible.. How has corruption become such an accepted norm in our society? How do countries which wage “war” on corruption and impunity participate in games which are ridden with it? The international community has effectively given the “okay” to the organisers of the Sochi Winter Olympics.

It’s sad that hypocrisy is so rife today and that the people who lose out are the ones who never had a lot to begin with. That’s just my two cents…