Two hand-written documents were found in the pockets of murder victim Ricky McCormick when his body was discovered in a field in St. Charles County, Missouri, on June 30, 1999.

Attempts by the FBI’s Crypt-analysis and Racketeering Records Unit (CRRU) and the American Cryptogram Association failed to decipher the meanings of those two coded notes, which are listed as one of the CRRU’s top unsolved cases.

On March 29, 2011, the U.S. Federal Bureau of Investigation issued an appeal for help from the public in obtaining the meaning of the messages. A few days later, they updated their website to note the “outpouring of responses”, and established a separate page where the public can offer comments and theories. 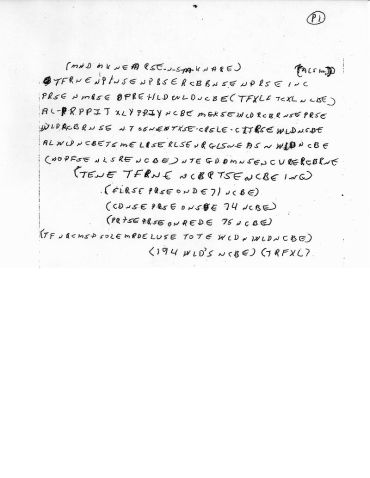 What do you think?

Here is a theory that seems to be the most likely and not as exciting as some of the other conspiracies.